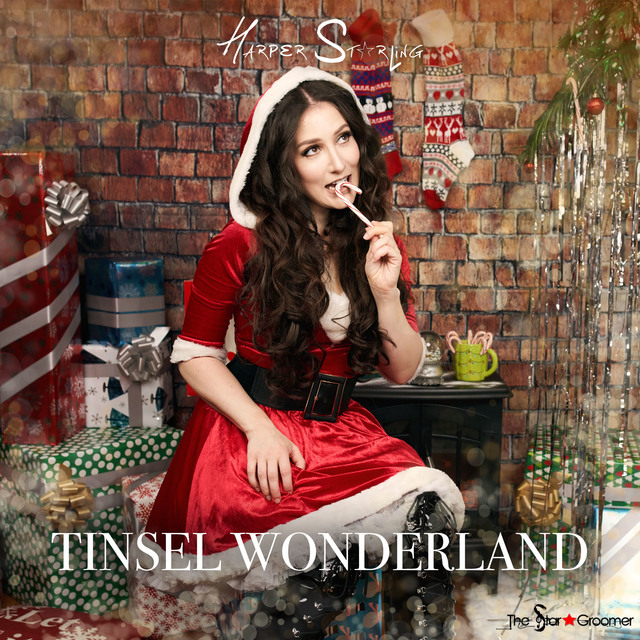 “Tinsel Wonderland” brings a different spin on your traditional holiday theme by introducing the tinsel palm tree. Naturally, a perfect fit since Harper makes Hollywood her current home. Look for Harper on all social media platforms and for her Hallmark Channel debut this December. Happy tinsel to all!